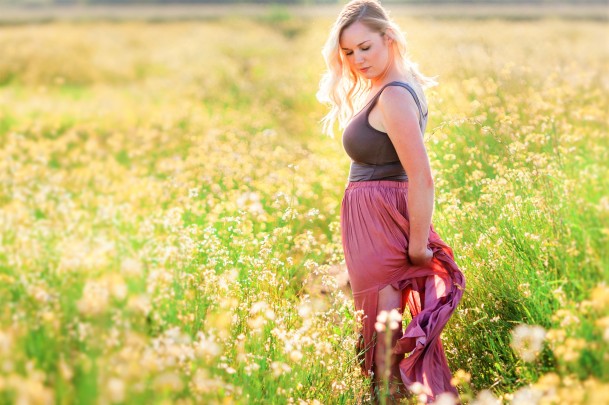 I’m not ashamed to say that motherhood has been by far the hardest thing I’ve ever done. The day to day struggle of taking care of little ones while trying to take care of myself, it’s an exhaustion no one could have prepared me for. Late nights, early mornings, midnight surprises, the physical strain is taxiing to say the least. It can feel like running a marathon on empty.

But there’s another kind of exhaustion I’ve allowed myself to bear. One that probably could have been avoided if I’d known better. Before having kids, I decided what kind of mother I should be. I packed a bag of expectations, adding to it every chance I got. Watching other parents, judging other mothers, sifting through memories of my own mother and all that I would have hoped she’d done differently. Why did I do this? I guess I desired to give something to my children that I didn’t have, and hoped everything would fall into place the way I planned. Maybe to prevent myself from failing or falling flat on my face.

When I got pregnant, I strapped that heavy bag of expectations to my back and carried it around, opening it for anyone who wanted to look inside. Sure, I got some looks of, “good luck with that,” from people who were already parents, but I knew what I was doing. Or so I thought.

As I became a mother once, and then twice over, my full bag became tattered with gaping holes. Things falling out all over the place. I struggled and spent more time trying to pick them up and place them back just where they belonged than I did enjoying the process, but nothing ever stuck. Something was always dropping and all I felt was defeat, and failure.

Why couldn’t I succeed in carrying this load anymore? Why was it so hard for me to be and do all of these things for my children? What was wrong with me?

Comparing myself to others, to my own mother, where was that going to get me? It wasn’t working for me or my family, and something had to give. I decided to put the bag down, and go through it like we go through old pictures from the garage or attic. It was startling to see all that I expected of myself, and even more startling that I hadn’t yet realized what an unrealistic task I was putting on the shoulders of myself and my family.

It was heartbreaking how hard I was on myself day in and day out. I was never going to be this mother, even if I tried with every effort I exerted. It wasn’t humanly possible. So why the disappointment when I looked at myself in the mirror? I mean, motherhood was hard, yes, but it was also the greatest joy of my life. Looking at my boys, I saw happy, compassionate, well-rounded kids. So what’s to be disappointed about?

I didn’t have an answer, because the only person who ever told me I had to be all of those things to everyone else, was myself. Just me. No one else.

Sure I felt pressure from society in many ways to do it all with a smile on my face, but I knew better than that. I knew that’s not how mothers really felt, and any mother I saw trying to tell me different, I was calling bullshit. So why expect those things of myself?

I shouldn’t have. But fortunately, it wasn’t too late.

I think we all dream about how we’ll be as mothers and parents, and with that comes expectations. Some healthy and realistic, and some not so healthy or realistic. What I needed to do was throw out every single unrealistic expectation, take it to the dump and never look back. But also keep the realistic ones that represent my morals and values, and a few to strive for.

I did just that. Because I’m not perfect. I don’t want to be prefect. I think there was a time where I did want that, but I realized quickly that it’s neither rational, nor possible. I had to get the hell out of my own way, and praise myself for all of the things I was doing right and succeeding at.

I hope to pass this on to my sons as they embark on parenthood one day. And I look forward to sharing my journey through the great expectations of motherhood with my future daughter-in-laws, so they can love themselves for exactly who they are.

Because the only thing that has risen, met and surpassed my expectations, is how much love a mother can carry. It’s limitless and unbreakable.

One thought on “The Great Expectations of Motherhood: Getting Out of Our Own Way”