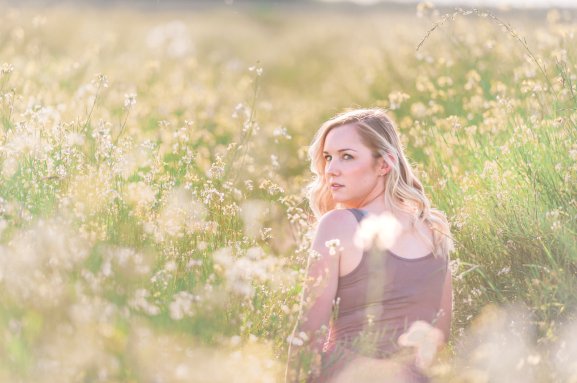 Becoming a mother gave me a new perspective on every mother there ever was. The mother who had 10 kids, 5 kids, 2 kids, 1 kid. The mother who had a miscarriage, or several. The mother who was never able to have children, but yearned to. The aunt who never had her own, so she mothered her nieces and nephews as often as possible.  How hard they’ve worked for centuries, and how incredibly strong they are; we are. As nice as it’s been to see what warriors women are, it’s also allowed me to see another perspective painfully clear.

Moms are under attack. And not just by anyone, but by other women, specifically other moms.

It’s a frightening anticipation, and experience, becoming a mom. There is no manual, no instructions, no do-overs, no return policy or exchange process. How terrifying, how utterly exhausting, how isolating can motherhood be? Be honest with yourself! How bad is it at times?

It’s been so bad that I’ve cried myself to sleep some nights. It’s been so bad, I’ve experienced debilitating fear that I’d fuck the whole thing up. I’ve spent full days in bed, only to get myself to the restroom, and maybe the fridge because I felt defeated. Because I was defeated.

Am I the only one?

Thanks to my amazing online friends who are also mothers, I know I’m not. But for other women and mothers, to have gone through this same journey, and intentionally bash me, and other mothers for voicing our honest and raw experiences, it’s frightening.

Moms are under attack, and I have a theory as to why. It’s not far-fetched, it’s nothing new, but it’s relevant.

In the 21st century, we are more connected than ever. We can access someone on the other side of the world in 12 seconds or less without leaving our bed. We are “out there,” exposed, informed, leaving us all vulnerable as hell.

The more connected we become, the more comfortable we are with sharing our lives with one another. It’s comforting to know that Lisa from Colorado has been dealing with the same issues as Rachel from Tennessee. Both of their babies are colic. Both mothers are sleep deprived, their spirits are shot, and they are helplessly defeated. They found each other and have been an amazing support in each other’s lives. They don’t know if they would have survived the six weeks of suffering without the other. Well, 7 weeks for Lisa.

But what about Mya from Texas? She’s potty training her three year old and has been unsuccessful for months. She put out an S.O.S. of sorts on a message board, only to be attacked by several mothers for several opinionated-filled reasons. She was told that something must be cognitively wrong with her daughter, because Angie from up state New York’s daughter was trained by 18-months. Ivy from Washington told Mya that Mya missed her window and will likely be dealing with accidents for the next two years because she obviously didn’t take a proactive role in “good parenting.” Mya ended up leaving the message boards after reading the comments that ridiculed her parenting style, her character, her judgment and her eyebrows in her profile picture. Mya continued to struggle with her daughter’s potty training, but she also isolated and blamed herself for her daughter’s struggle. A struggle that was misdiagnosed by the women of the internet.

You see, sometimes we put ourselves out there, and we receive more love and support than we anticipated, but that’s not everyone’s experience.

Why is there so much judgment being passed? Why are other women and mothers so concerned about what others are doing, or how they are parenting? Why does anyone give a shit?

Because as electronically connected as we are to one another, we are as equally  disconnected from ourselves. When we sit behind the screen, scrolling through the social media websites, we start comparing ourselves to other moms and women. We begin judging ourselves. We feel less than. We feel as if our life needs more improvement, aesthetically. So we filter, crop, and edit our lives to what we want people to see. Forgetting all along that’s what everyone else that we compare ourselves to is doing. It’s a sad reality that we choose to participate in. But only if we are blind to it.

So what does this have to do with moms being under attack, you ask? Well, think about it. As long as there are mothers behind the screen searching for support, there will be disconnected, frustrated mothers who are ready to put those women down. Those who direct anger, superiority, and disrespect towards others, especially if they don’t know them, are just reflecting how they feel about themselves. And the internet and social media has made that ugliness as accessible as the beautiful support.

I don’t recall having this hateful, mom shaming behavior 10 years ago. At least not to this extent, because the judgment and comparisons weren’t as accessible. Yes, Sally down the street might have had a picture-perfect life from the outside. Lawn mowed, shiny expensive cars, and wearing the latest trends, but no one knew what was happening on the inside. She may have been a mean, ornery woman because she was unhappy with her life. What you would see today is a selfie as her profile picture with a gorgeous filter, and a family photo where everyone smiles, as her cover photo.

What I’m saying is that we are more insecure, and self-absorbed as a society than ever. People literally make a living off being social media models for goodness sake. Those models might be beautiful, but that doesn’t mean they’re happy. And it sure as hell doesn’t mean we should be comparing our lives to a filter and a good angle.

We’ve got to get in touch with ourselves, and if that means getting off the internet, than so be it. Because we are out there for everyone to see, we subject ourselves to the risk of being something we are not, or wanting something that doesn’t actually exist, perfection. It’s ok to be vulnerable, to seek a support group, to need help, and to make mistakes. We can do this OFF the internet if need be. Because the internet is where I’ve seen and continue to see moms under attack. As amazing as the connection can be, for many it can be detrimental.

I’m not saying that moms can’t be supportive of each other, I’m saying we are under more scrutiny today than we’ve ever been, and it has to stop. We must choose compassion and understanding when we’re on a journey together such as motherhood. It’s the hardest job we’ll ever have. The most important job we’ll ever have.

So, I have one favor to ask of you mothers. When you are met by another mother, or woman with judgment and criticism for you, ask her what you can do for her. Ask her if she needs a break, or help. Because the odds are, she’s suffering, she’s feeling less than, and just too fearful to ask.

It’s a cry for help.

Answer her with compassion.